As grounded, strong, and natural as the earth, Carol's voice can

provide just the right ingredients for your sound and message.

I love acting, writing, and ideas—sending out messages, I guess, into the world. The secret sauce to life, I believe, is true communication through messages that make the receiver realize something through the feeling and the information they get. That, I believe, is also the secret to voice acting or voice over.

I’ve always been interested in helping and informing people, and maybe entertaining them as well. It began when my fourth grade teacher asked me to help her read “Charlotte’s Web” aloud to the class. From there, I was hooked, and acting and singing became cemented in my psyche and heart.

I went on later to audition for and enter into formal instruction in theatre and drama with some wonderful professional actors in Canada. Since that time, I’ve also studied in and performed in front of the camera for film as well as continued performing in Community Theater, both in Canada and the US. I’m a dual citizen and have lived in both countries in my life.

Actors should be wonderful lifelong learners, weaving their experiences to aid in creation of the character or message. Combining my love of helping people with a love of learning led me to become an English and ESL teacher. Teachers are, after all, actors who expertly meld together stagecraft and knowledge.

Being a creative person means not stopping at just one profession or experience. I have worn many hats—from police dispatcher to electronics technician in the military and teaching and instructional design. For the truly curious, there is too much in this world to pack into just one lifetime, and each experience lends itself to the bounty of knowledge that eventually shows its purpose.

No matter the foray though, the love of acting and its messages of communication brought me back to it, though, this time, behind the microphone.

Voice over is the ultimate challenge because it’s just you and the microphone in your vocal booth. You must gather all of your acting ingenuity and knowledge to expertly get the message across as a solitary performer. For that, you must know who you are and why you are there. Of course, that is constant exploration.

Carol has been performing for most of her life, but has been a voiceover actor with a professional studio and active involvement in the industry since 2014. She currently resides in Florida.

She has experience in documentary, corporate narration, commercial ads for both radio and television, as well as e-learning, political ads, and character work for short films and museums.

She has lent her voice to museum exhibits at the National Constitution Center and the National Medal of Honor Museum, online ads for Liv E-bikes and the Food and Drug Administration, as well as programs on Oxygen and PBS and promos for Pluto television to name a few.

Carol’s voice is in the mid-ranges and is strong and clear with descriptors like passionate, authoritative, trustworthy, empathetic, confident, and knowledgeable. 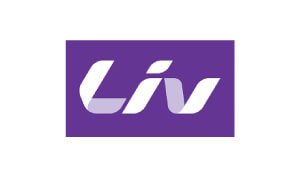 “Carol did an amazing job!”

“It was a pleasure working with you!”

“Thank you for the quick turnaround Carol. Sounds amazing.”

“…awesome to work with!”

“Carol is always a pleasure to work with. She helped us through a few issues we had on the project and it turned out perfectly. Great job!”

“As a professional, Carol is intuitive, has wonderful communication skills, and a rich voice that emotes a unique quality that makes a show special. My client has complimented her voice multiple times. Thank you for making me look good!”